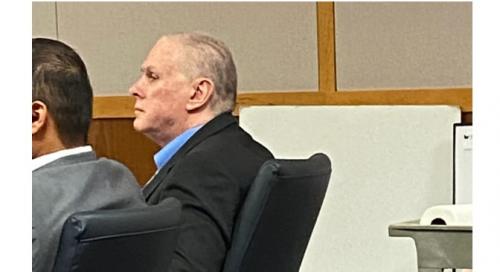 Death sentence, again, for Allen Cox
Allen Cox, now 60, White, has been sentenced again to die by lethal injection for killing a fellow prisoner at Lake Correctional Institution,
A jury recommended a death sentence in a 10-2 vote in 2000 for the December 21, 1998 killing of Thomas Baker. But when the U.S. Supreme Court later ruled that such recommendations must be unanimous, Cox got another chance. So, in April, a new jury heard aggravating and mitigating evidence. The jurors were unanimous this time: death. Circuit Judge James Baxley imposed the sentence Monday. Defense experts spent days going over brain scans, traumatic brain injuries, his impoverished childhood, drug use starting at an early age, and even a genetic predetermination for mental illness. Prosecutors, however, had no trouble proving two statutory aggravators: Cox was previously convicted of another capital felony or threat of violence, and was in prison; and he had been convicted of another capital felony.