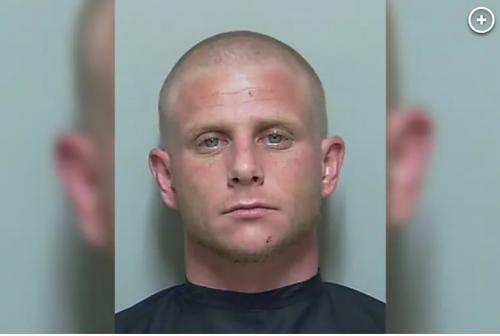 A Putnam County Jury sentenced Mark Wilson to death.
Jurors earlier this month found Wilson guilty of murdering 14-year-old Tayten Baker and 12-year-old Robert Baker on Aug. 26, 2020. Wilson, who was living with his wife, the boys' aunt, in a shed on the family's property at the time, beat the boys in the head with a hammer before slitting their throats.
Judge Howard McGillin will have final say in determining whether Wilson receives a death sentence. Wilson’s next hearing is scheduled for Dec. 1.
Wilson's mother, Chrissy Adkins, played a pivotal role in the investigation as a confidential informant who agreed to record the conversation with her son that would ultimately lead to his arrest.
Adkins claimed her son often spoke strangely, especially when he was using drugs. Both Wilson and his wife were drug users, according to witnesses and police records.
In the recorded conversation that was played in the courtroom, Wilson explained that he killed the boys because he believed the family was going to report him and his wife to the Department of Children and Families. He also claimed that he and his wife had plotted to annihilate the entire family, according a Putnam County Sheriff’s Office arrest warrant. In a different story, Wilson had claimed the boys had sexually abused his daughter.