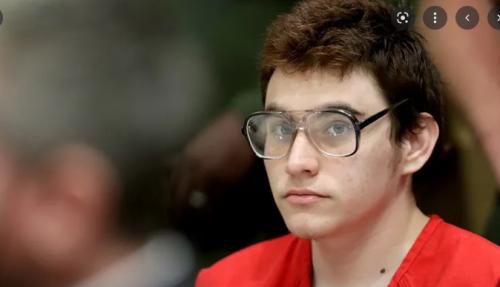 Non-Unanimous Florida Jury Sentences Nikolas Cruz to Life Without Parole for Parkland School Shootings
A non-unanimous Florida jury has returned a verdict of life without parole for Nikolas Cruz, the teen offender convicted of killing 17 people in the February 14, 2018 shooting at Marjory Stoneman Douglas High School in Parkland, Florida. The October 13, 2022 verdict, in which 3 jurors voted to spare Cruz’s life, concluded a 6-month sentencing trial. Florida law, like that of nearly every death-penalty state, requires a unanimous jury verdict before a death sentence may be imposed.
Prosecutors had rejected a defense offer in 2019 for Cruz to plead guilty and be sentenced to 34 consecutive life sentences. They remained adamant in their desire to pursue a death sentence in 2021 after Cruz pleaded guilty to 17 counts of murder and 17 counts of attempted murder.
Jurors unanimously found that the state had proven aggravating circumstances in each of the 17 counts of murder, but 3 jurors found that the mitigating evidence outweighed the aggravating evidence. The jury foreman, Benjamin Thomas, told CBS Miami that one juror had strongly believed that Cruz should not be sentenced to death because he was mentally ill and that two other jurors also voted to spare his life.
The outcome was reminiscent of the August 2015 life verdict imposed by a Colorado death-penalty jury in the Aurora movie theater mass shooting that killed 12 people and injured dozens more. In that case, James Holmes was sentenced to life in prison without the possibility of parole after 1 juror stated her firm opposition to condemning Holmes because of his severe mental illness and 2 other jurors joined her in opposition to the death penalty.
During the sentencing trial, Cruz’s defense team presented evidence that Cruz was born with a neurodevelopmental disorder resulting from Fetal Alcohol Syndrome. Witnesses testified that his birth mother abused alcohol and cocaine throughout her pregnancy and that his adoptive family ignored signs of developmental and behavioral problems, preventing him from getting appropriate treatment. In closing arguments, defense attorney Melisa McNeill described Cruz as “a brain damaged, broken, mentally ill person, through no fault of his own.” She asked the jury, “in a civilized humane society, do we kill brain damaged, mentally ill, broken people?…I hope not.”
Cruz’s sentence is another example of jurors’ declining appetite for the death penalty. In an October 11, 2022 interview with The Wall Street Journal, Death Penalty Information Center Executive Director Robert Dunham noted that “public attitudes … about the death penalty have shifted tremendously” since death sentencing peaked in the United States 25 years ago. “As a result, you are far less likely to be sentenced to death today than if the trial took place in the 1990s,” he said.