USA. JESSE JACKSON ASKS FOR WILLIAMS PARDON AND FOR MORATORIUM ON EXECUTIONS IN CALIFORNIA 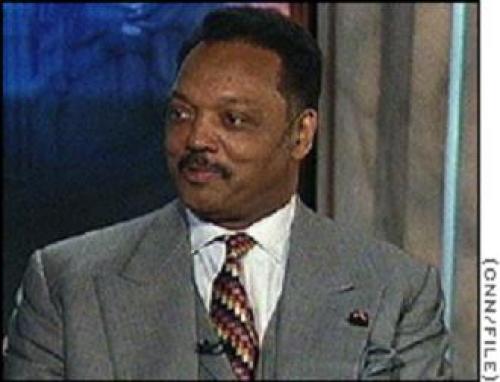 “Today I have requested a meeting with Governor Schwarzenegger”, Rev. Jesse Jackson announced. “I will urge him to grant clemency and convert Tookie Williams' sentence to life without possibility of parole. By granting clemency in this case he would be setting an example of courage over cowardice, of humanity over brutality.
Commutation in this case would follow in the best traditions of Dr. Martin Luther King, Jr., Nelson Mandela, Mahatma Gandhi and Cesar Chavez. Gov. Swarzenegger has the ability to come down on the right side of history and make it clear by this single act of courage that he remains committed to the principles of justice.
I will also urge the Governor to halt all executions while the California Commission on the Fair Administration of Justice conducts a thorough study of the state's criminal justice procedures. This Commission was formed by the state Senate in August 2004, “to study and review the administration of criminal justice in California to determine the extent to which that process has failed in the past, resulting in wrongful executions of innocent persons.' There should be a moratorium on all executions pending the completion of this official governmental body's investigation,” Jackson declared.
The legislative findings will be presented to the Governor by December 31, 2007. Jackson’s comments came after a meeting with Stanley Williams. “Today I met with “Tookie” Williams, a man who is scheduled to be killed 17 days from today. We had prayer. At the conclusion of our one and a half hour visit I told him ‘We are going to fight for you and we are going to win’,” Jackson stated.