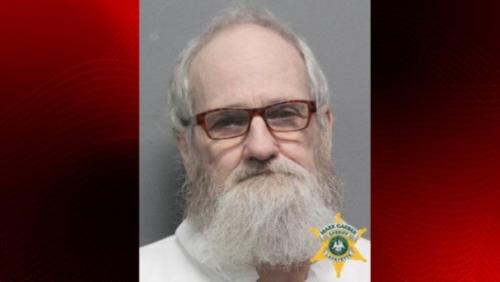 Kevin Daigle formally sentenced to death by Judge Clayton Davis.
Daigle was found guilty of 1st-degree murder after killing trooper Vincent with a sawed-off shotgun on the side of a rural road in Calcasieu Parish in 2015.
The defense had attempted to delay the sentencing, filing three motions aimed at getting a new trial, but Judge Davis denied their motions.
Even though the Lafayette Parish jury found Daigle guilty in 2019, and also decided he should be given the death sentence, the sentence hasn't been formally given until today. Last year, an agreement was worked out between his attorneys and the Calcasieu District Attorney to start a new penalty hearing. There was a 2nd penalty phase with a new jury to resolve a defense dispute over whether one juror in the first trial was properly qualified to serve.
During the trial, jurors saw dash cam footage of the incident. Daigle's vehicle had broken down on the side of a rural highway, and Vincent stopped to help him. Daigle's attorneys argued that his actions on the day Vincent was killed were fueled by a toxic mix of alcohol and drugs, which overwhelmed his senses and caused him to black out. They repeatedly stated that Daigle was "out of his mind" on the day that Vincent was killed.