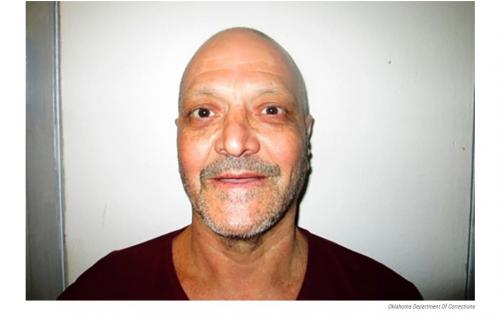 Richard Fairchild, 63, White, was executed at the state penitentiary in McAlester.
He was pronounced dead at 10:24 a.m. by lethal injection.
Fairchild was convicted in the November 14, 1993 murder of his girlfriend's three-year-old son, Adam Broomhall. The beating death happened after a heavy night of drinking by Fairchild and the victim's mother, Stacy Broomhall.
Fairchild, an ex-Marine, was convicted of killing Adam Broomhall after the child wet the bed. Prosecutors say Fairchild held both sides of Adam's body against a scorching furnace, then threw him into a table. The child never regained consciousness and died later that day.
Fairchild's attorney claimed he suffered from mental illness and potential brain damage because he was raised in an abusive household with substance abuse.
Fairchild becomes the 5th inmate to be executed by Oklahoma this year and the 119th overall since the state resumed capital punishment in 1990.
Fairchild becomes the 16th inmate to be put to death this year in the USA and the 1,556th overall since the nation resumed executions on January 17, 1977.