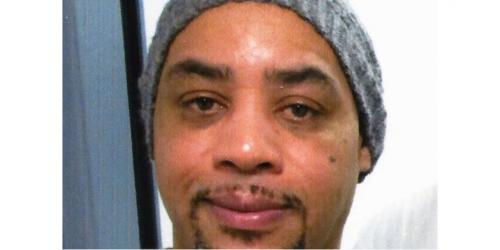 Orlando Hall was executed on 19 November 2020 at the federal prison complex in Terre Haute, Indiana.
Hall, now 49, Black, was sentenced to die in 1995 for the 1994 rape and murder of Lisa Rene, the 16-year-old sister of two Texas drug dealers he suspected had stolen money from him.
Hall and four accomplices beat and buried alive the girl over a $4,700 marijuana debt.
From the outset, Hall admitted his guilt. During trial, he tried to apologize to the victim’s family, but the court would not let him, according to his attorneys. In October 1995, the jury unanimously sentenced him to death.
Hall was was pronounced dead at 11:47 p.m. EDT on 19 November, local time, despite last minute legal challenges to delay.
Hall was put to death shortly after the U.S. Supreme Court denied an 11th-hour petition for a stay, over-ruling a lower-court order (U.S. District Judge Tanya Chutkan) that had briefly blocked the execution on grounds that protocols for administering sodium pentobarbital without a prescription violated the law.
Hall’s lawyers also sought to stay the execution in two other cases, also rejected by the high court.
In one, they argued his attorneys needed more time to prepare a clemency petition, but were hindered by the COVID-19 pandemic.
In a third case, they claimed that racial discrimination played a role in securing an all-white jury to decide his fate.
According to a statistical analysis cited in that litigation, the federal death penalty in Texas between 1988 and 2010 was “disproportionately meted-out based on race.”
The NAACP Legal Defense and Educational Fund, which filed an amicus brief on Hall’s behalf, argued there was evidence prosecutors in his case had improperly stricken Black individuals from the jury pool based on racial motivations.
Of the 56 people on federal death row, 26 of them, or 46%, are Black, and 22, or 39%, are White. Black people comprise only 13% of the U.S. population.
Hall becomes the 8th person executed this year by the federal system, the 11th executed by the Federal Government since it resumed executions in 2001, the 15th person executed this year in the US, and the n° 1,527 since the US reintroduced the death penalty in 1976 and resumed executions in 1977.