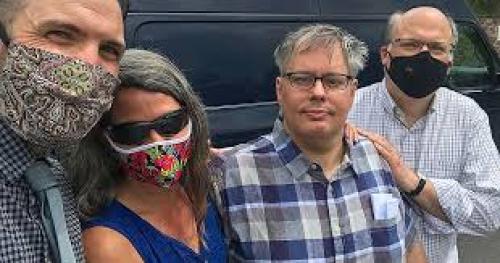 Judge exonerates Walter Ogrod, a man who spent 23 years on death row. Common Pleas Court Judge Leon Tucker fully exonerated a man who served nearly three decades in prison -- including 23 years on death row -- for the slaying of a 4-year-old girl. Walter Ogrod's exoneration Wednesday came days after he was released from prison. Judge Tucker said the Philadelphia District Attorney's Office could drop the case against Ogrod, 55, without another trial. Ogrod's lawyer, Andrew Gallo, told the Philadelphia Inquirer that he's happy the case was resolved quickly. He said his client was "very pleased to have this chapter of his life behind him." The case is the third death row exoneration in Philadelphia since December, according to the Death Penalty Information Center. Philadelphia District Attorney Larry Krasner said it's the 13th overall exoneration in his 2 1/2-year administration. "Pursuing justice means righting past wrongs," Krasner said. "Grateful to the work of my office's Conviction Integrity Unit in supporting Walter Ogrod's 28-year journey to freedom."