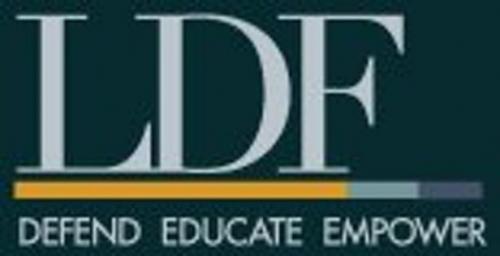 Published the latest edition of "Death Row USA" updated to 1 July 2020.
At that time, there were 2,591 people on death row in the United States (28 states, plus 2 jurisdictions: federal and military death row). Three months earlier, at the previous report, they were 2,603. Compared to the previous quarterly report, there is now one less state where the death penalty is in force, Colorado, where the abrogative law was signed by the governor on March 23, 2020. This is a decline of 12 units in a quarter, with only one execution during this period. Compared to 12 months earlier, the drop was 65 units. Between July 1, 2019 and July 1, 2020, there were 18 executions, so another 47 inmates were released from death row for other reasons: overturned sentences, exonerations, acquittals, commutations, or natural death.
The now traditional DRUSA quarterly report, edited by the National Association for the Advancement of Colored People (NAACP) Legal Defense Fund, notes that the death row population has declined every year since 2000. As of January 1, 2000, DRUSA counted 3,652 people. on death row or awaiting repetition of the trial. In just under 20 years, the US death row has dropped by 1061 people, a decrease of 29%.
An analysis by the Death Penalty Information Center on data from "Death Row USA Spring 2020" recalls that the minimum number of inmates on death row was recorded in 1991 (2,547), and the maximum number in 2000 (3,593).
The report breaks down the data, and calculates how many inmates are on death row facing an "active death sentence".
There are 181 people whose sentences are currently overturned, but could be reinstated by a new trial. After all, when a death sentence is overturned, the judge can decide whether the prisoner should be removed from death row or not. In most cases the judge does not order the exit from the death row, knowing that the public prosecution will certainly appeal against its annulment, and therefore the annulment could be annulled, even in a relatively short time.
That said, there are 2,410 people on death row with a final death sentence, 37 more than last quarter, and 59 fewer than the 2,469 active death sentences as of July 1, 2019.
Further, the DRUSA report separates the data of those who currently could not be executed because a moratorium is in place in their state that is not expected to be shortly termed. In the last report there were 4 states in which a moratorium decided by the Governor was in force, but in the meantime, one of these states, Colorado, on March 23 abolished the death penalty and commuted the sentences of the only two prisoners to life sentences without parole. As of July 1, 2020, inmates on death row in California, Pennsylvania, and Oregon, a total of 893 people, should therefore be considered not at risk of imminent execution. This brings the number of inmates at "effective execution risk" down to 1517.
Drusa therefore calculates that only 58.5% of sentences on death row are “at real risk of execution”.
As always, the most populous death row is that of California (724), the most populous state in the United States but also a state that has not carried out executions for 14 and a half years, since January 2006. Folowed by: Florida (346), Texas (214), Alabama (172), Pennsylvania (142), North Carolina (145), Ohio (141) and Arizona (119).
Some states have very few people on death row: 1 in New Hampshire, South Dakota and Wyoming, 2 in Montana and Virginia, 4 on the military death row (the last execution of a soldier was in 1961).
The main reason for the drop on death row is the decrease in new death sentences. In fact, the new sentences are far fewer than the sentences carried out, the inmates who died of old age or illness on death row, and compared to the death sentences canceled on appeal. The geographical scope of the death penalty is also increasingly limited. Nationally, the death row population continues to reflect racial disparities in capital punishment.
42.2% of inmates on death row are White, 41.3% are Black, 13.5% Latin American, 1.8% Asian and 1.0% Native American. Two percent of all death row inmates are women, 53.
Since the death penalty was reintroduced in the United States in 1976 (the first execution was carried out in 1977) to 1 July 2020, 1,518 people have been executed: 849 Whites (55.9%), 518 Blacks (34, 1%), 128 Hispanics (8.4%), 16 Native American (1%), 7 Asians (0.4%). In total, 1,502 men (98.95%) and 16 women (1.05%).
"Death Row USA" also records the race and sex of the victims related to the executions carried out. The 1517 people executed were accused of killing a total of 2216 people.
By race, the victims were 1,676 White (75.6%), 339 Black (15.3%), 155 Hispanic (7%), 41 Asian (1.8%), and 5 Native American (0.2%).
By gender, the victims were 1,127 males (50.8%), and 1,089 females (49.1%). 10% of the people executed (149) had voluntarily renounced to appeal. From 1977 to today, and before the Supreme Court banned the executions of minors in 2005, 23 people had been executed for crimes committed by minors.