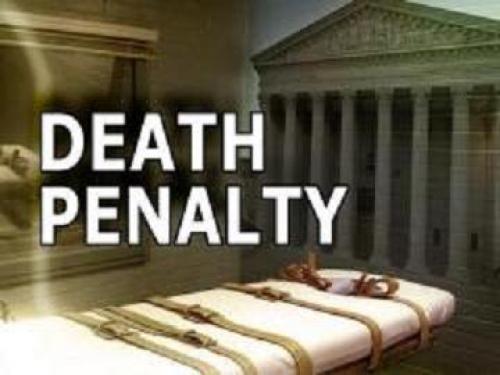 The United States Supreme Court on December 6, 2019 denied an application by the U.S. Department of Justice to lift a federal court injunction blocking the federal government from carrying out four executions scheduled for December 2019 and January 2020. The Court’s unanimous ruling, issued Friday evening December 6, ensures that there will be no federal executions in 2019. On July 25, the Department of Justice (DOJ) announced that the federal government intended to restart federal executions and that Attorney General William Barr had directed the Federal Bureau of Prisons (BOP) to adopt a new protocol specifying that federal executions would be carried out using the drug pentobarbital. Although the federal government has not conducted any executions in sixteen years, Barr directed the BOP to schedule five executions in a five-week period, with the first three executions scheduled over a period of five days. The BOP set execution dates for Daniel Lewis Lee (December 9), Lezmond Mitchell (December 11), Wesley Ira Purkey (December 13), Alfred Bourgeois (January 13), and Dustin Lee Honken (January 15). The government’s non-compliance with established rulemaking procedures and its compressed execution schedule set off a flurry of litigation challenging the legality and constitutionality of the execution protocol, as well as case-related litigation on the constitutionality of the individual executions. Judge Tanya S. Chutkan of the U.S. District Court for the District of Columbia, who is presiding over a previously dormant challenge to the federal execution process, issued a preliminary injunction on November 20 that would temporarily halt the federal executions pending completion of court challenges to the legality of the federal government’s execution process. The District Court’s ruling found that the government’s proposed execution process conflicted with the provisions of the federal death penalty statute Congress passed in 1994 and that the prisoners were likely to prevail on their claim that the DOJ had “exceeded its statutory authority” in adopting the protocol. The DOJ then filed an emergency application in the United States Court of Appeals for the District of Columbia Circuit asking the appeals court to vacate or stay enforcement of the injunction. In an unsigned order issued on December 2, Judges Judith W. Rogers, Thomas B. Griffith, and Neomi Rao — appointed by Presidents Bill Clinton, George W. Bush, and Donald Trump, respectively — unanimously declined to disturb the injunction. The one-page order did not address the legality of the government’s execution protocol or whether the District Court had properly issued the injunction, but held that the DOJ and the BOP had “not satisfied the stringent requirements” to vacate the injunction — and permit executions — before the appeals court could rule on the merits of the appeal. Within hours of that ruling, the DOJ filed an application in the U.S. Supreme Court asking it to lift the injunction. The DOJ application had incorrectly asserted that the Circuit Court had upheld the injunction, the merits of which was still pending on appeal before the circuit. The Justices unanimously declined to vacate the injunction, but directed the federal appeals court to expeditiously address the government’s appeal of the injunction, writing: “We expect that the Court of Appeals will render its decision with appropriate dispatch.” Three of the justices on the Court expressing their belief that the DOJ “is very likely to prevail on the merits of its appeal when this question is ultimately decided.” In a statement written by Justice Samuel Alito and joined by Donald Trump appointees Neil Gorsuch and Brett Kavanaugh, the justices said they saw “no reason why the Court of Appeals should not be able to decide this case, one way or the other, within the next 60 days. The question, though important, is straightforward and has already been very ably briefed in considerable detail” by the parties. As the Court issued its ruling, a DOJ appeal of a separate order granting Daniel Lee a stay of execution was working its way through the federal appeals process. On December 5, a federal district court in Indiana stayed Lee’s execution, finding there was a “substantial possibility” that he would prevail on a claim that federal prosecutors had misled his jury about the degree of his involvement in a prior murder and withheld evidence that showed the falsity of their statements to the jury. The DOJ’s appeal of that execution stay is pending in the U.S. Court of Appeals for the Seventh Circuit. Lezmond Mitchell received a stay of execution on October 4 to permit a federal appeals court to review a claim regarding anti-Native American bias in his case. The DOJ did not appeal that stay.