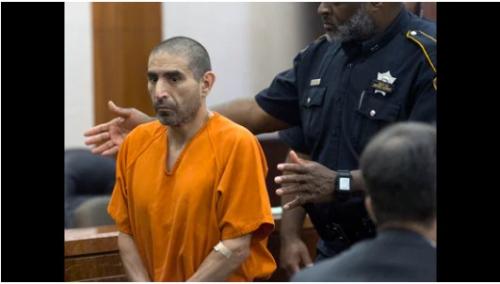 Robert Solis sentenced to death
A Harris County jury recommended the death penalty for Robert Solis, now 50, White, convicted of killing Harris County Deputy Sandeep Dhaliwal, 42, during a traffic stop on Sept. 27, 2019.
Authorities reportedly presented Dhaliwal’s body cam footage, which showed that Solis jumped out of his own vehicle, approached Dhaliwal and opened fire. Authorities said that Solis, who was a fugitive for a parole violation, shot Dhaliwal in the head because he did not want to return to prison. The 50-year-old insisted on his innocence. He maintained the shooting was an accident.
Solis fired his attorneys and represented himself in the trial. He did not present any witnesses.