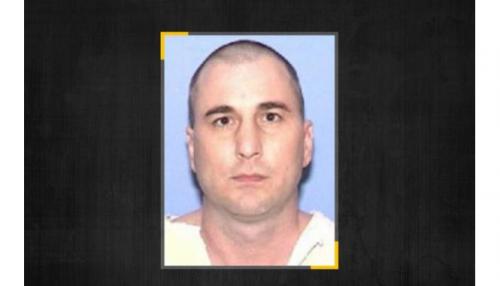 Stephen Barbee, 55, White, was executed.
The execution was prolonged while officials searched for a vein
Texas’ execution of Stephen Barbee Wednesday evening was prolonged while prison officials searched for a vein in the disabled man’s body, according to a prison spokesperson.
Barbee was sentenced in February 2006 (see HoC 27/02/2006) in the February 19, 2005 killing of Lisa Underwood and her 7-year-old son, Jayden. Police investigators said Barbee thought that Underwood was carrying his child and claimed that she had threatened to break up his marriage. The unborn baby girl was not Barbee’s child, lab tests later confirmed.
Barbee had severe joint deterioration which prohibited him from straightening his arms or laying them flat, according to court records. His attorney had recently tried to halt his execution because he feared the process with Barbee’s disability would result in “torture.”
But courts rejected the appeals, noting that prison officials had vowed to make special adjustments to the death chamber’s gurney to accommodate Barbee.
Still, it took much more time to carry out the execution than is typical in Texas. Reporters walked into the prison around 6 p.m., signalling the execution was about to begin. But for an hour and 40 minutes, no one came back out, causing anti-death-penalty protesters outside to grow worried that something had gone wrong. It is uncommon for executions to last more than an hour.
“Due to his inability to extend his arms, it took longer to ensure he had functional IV lines,” prison spokesperson Amanda Hernandez said in an email Wednesday night.
Barbee was pronounced dead at 7:35 p.m., nearly an hour and a half after he was strapped into the death chamber’s gurney, according to the prison’s execution record.
Within minutes of being strapped on the gurney, an IV was inserted into his right hand, at 6:14 p.m., but it took another 35 minutes for an additional line to begin flowing in the left side of his neck. All the while, his friends watched through a glass pane adjacent to the chamber, according to a prison witness list. So did the friends of the murder victims — Lisa Underwood and her 7-year-old son Jayden — as well as Underwood’s mother.
About 15 minutes after the IV was inserted into his neck, he gave his final statement, thanking God, his minister and his loved ones.
“I just want everyone to have peace in their heart, make eternity with Jesus, give him the glory in everything you do. I’m ready,” he said, just before a lethal dose of pentobarbital was injected at 7:09 p.m., 26 minutes before he was pronounced deceased.
Under police interrogation, Barbee confessed to the killings, saying he feared Underwood would tell his ex-wife he was likely the father of her unborn child and he would have to pay child support. Soon after, he recanted the confession, which his lawyer argued was “the product of fear and coercion,” and he had since maintained his innocence.
Instead, Barbee said his co-worker Ron Dodd, also a defendant in the murders, committed the murders alone, and he helped Dodd hide the bodies. After Barbee was sentenced to death, Dodd pleaded guilty to tampering with physical evidence and got 10 years in prison, acknowledging he helped Barbee dispose of the victims’ bodies.
Barbee becomes the 5th inmate to be put death this year in Texas, the 578th overall since Texas resumed capital punishment on December 7, 1982, the 15th to be put to death this year in the USA, and the 1,555th overall since the nation resumed executions on January 17, 1977.