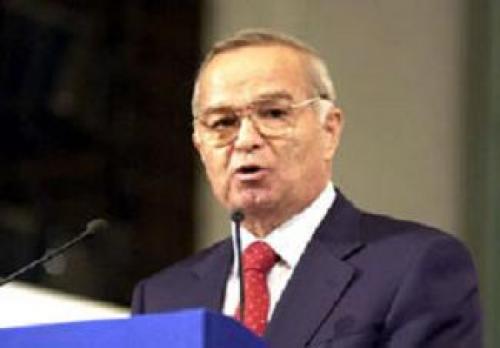 prosecutors accused 15 Uzbek men of plotting rebellion in the eastern town of Andizhan but human rights groups questioned the credibility of their trial and said Uzbekistan was covering up a massacre. Uzbek authorities say the men are Islamic terrorists, but rights groups accuse officials of forcing bogus confessions from people who took part in the May 13 events in which witnesses said troops killed hundreds of people.
"Supported by foreign forces, their task was to destabilise the situation and, finally, to set up a puppet state serving their interests," Deputy Prosecutor General Anvar Nabiyev told the Supreme Court as the trial began in the capital Tashkent.
The men are the first of more than 100 people to go on trial. Uzbekistan has ignored repeated international calls for an independent inquiry into the killings of civilians.
The unrest started when armed men sprang 23 powerful local businessmen from jail who had been on trial for religious extremism.
The rebels took police hostages and seized a government building in the centre of Andizhan, attracting thousands of anti-government protesters and onlookers, as many as 500 of whom were killed when troops moved in, according to witnesses.
Uzbekistan says those who died in Andizhan -- it puts the figure at 187 -- were mostly Islamist "terrorists" or civilians who were killed by them.
New York-based Human Rights Watch said it had documented a security service campaign to intimidate local residents into confessing that they belonged to militant organisations and had borne arms during the protest in Andizhan's main square.
"Instead of going after the perpetrators of the massacre, the Uzbek government is trying to deny responsibility and silence witnesses," said Holly Cartner, Europe and Central Asia director of Human Rights Watch, said in a statement.
Amnesty International said the defendants were "at great risk of being sentenced to death -- and even executed -- following an unfair trial."
The 15 men, aged in their 30s, sat in a metal cage with heads bowed as Nabiyev read the charges against them, including terrorism, hostage-taking, murder and an attempted coup. Journalists and diplomats watched the proceedings relayed on television screens in adjacent rooms.