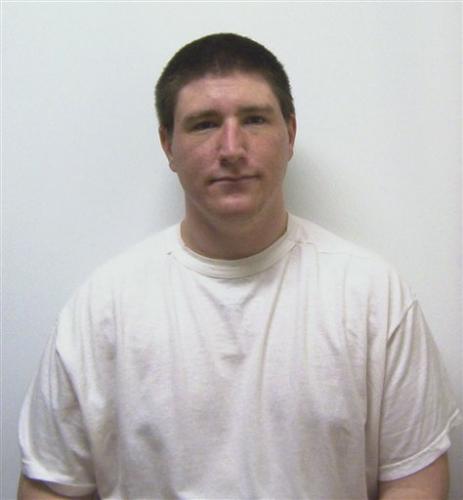 Donald Fell, a man convicted of kidnapping a supermarket worker and fatally beating her as she prayed for her life, was sentenced to death by a federal jury in Vermont's first capital punishment case in almost a half century. The jury took only about 10 hours to decide that 25-year-old Fell should be executed.
“We'll be there in the front row,” promised Lori Hibbard, a daughter of victim Terry King.
Fell was found guilty on June 24 of kidnapping the 53-year-old King as she arrived for work in Rutland, taking her to New York state and bludgeoning her to death during an alcohol and drug-induced stupor. The abduction came as Fell and his accomplice fled after fatally stabbing Fell's mother and a friend of hers.
Vermont has no death penalty, but because the killers crossed state lines, US prosecutors brought charges under a federal law that allows the death penalty for a carjacking that results in a death.
Fell had agreed in 2001 to plead guilty in exchange for a sentence of life without parole. But that deal was rejected by then-US Attorney General John Ashcroft, who insisted on the death penalty, partly at the urgings of Fell's relatives.
Fell showed no emotion as the jury's recommendation was read by the clerk. Defense lawyer Gene Primomo then stood and spoke to the jury on Fell's behalf.
“He respects your decision. He appreciates your hard work and wants to tell you and the family of his sincere remorse. He did not want to do it at any other time publicly as it would be construed to be less genuine,” Primomo said.
Outside the courthouse, he said of Fell, “If he could trade his life for Mrs. King's, he would.”
Under federal law the judge must impose the death sentence if that is what the jury recommends. Fell's sentence will be automatically reviewed by a federal appeals court. Officials have said death would most likely be by lethal injection at a federal prison in Terre Haute, Indiana.
“It's justice for my sister,” Barbara Tuttle said after the verdict. “What he put her through, the car ride, the beating in the woods, he is not a normal person like us, subhuman.”
The Fell trial had prompted protests and vigils by death-penalty opponents, and about a dozen demonstrators stood outside the courthouse while the verdict was being announced.
``Certainly, our hearts go out to the grief stricken family and friends of his victims,'' the Rev. Kenneth Angell, the bishop of Vermont's Roman Catholic diocese, said in a statement. ``But the cycle of violence which began with these brutal, vicious murders must not be allowed to continue.''
The last execution in Vermont was in 1954. The man charged as Fell's accomplice in the crimes, Robert Lee, accidentally hanged himself in prison in 2001, authorities said.