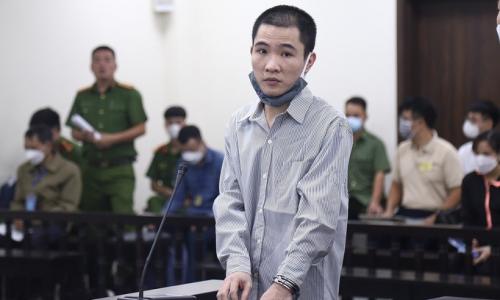 A 30-year-old Hanoian was sentenced to death on 13 October 2022 for killing his girlfriend's 3-year-old daughter by hammering nails into her head.
Nguyen Trung Huyen was also sentenced to four years in prison for deliberate infliction of bodily harm by the Hanoi People’s Court. The cumulative sentence is death.
Huyen committed the murder when he was living with his girlfriend Nguyen Thi Luyen, 27, and her three-year-old daughter in a house in Hanoi's Thach That District.
He said the presence of his girlfriend's child had "affected his own life," so he abused and tortured her so he "would not have to raise her."
Luyen and her husband have three daughters together. The victim is their youngest child, who lived with Luyen after the couple divorced in early 2021.
Huyen had tortured the girl at least four times since September 2021. He had made her drink pesticide, swallow nails and broken her arms before the final incident happened on January 17, investigations revealed. He slapped the little girl many times because she did not reply to his questions and decided to "torture" her with nails.
The mother later rushed her daughter to the Thach That District Hospital and then the Saint Paul Hospital. The girl fell into a coma and succumbed to her injuries two months later. X-ray scans revealed nine nails embedded in her skull.
When questioned about the fact that her daughter had ingested pesticide, Luyen first answered that she had suffered food poisoning, before changing her statement to "she didn't drink anything" and that "I didn’t know anything."
When asked by the judge why she did not realize that her daughter had been beaten so much that her arm broke, Luyen said she only knew what her daughter told her.
"Maybe my daughter was indeed afraid of Huyen," she said.
When Huyen was questioned about Luyen's involvement, he said Luyen did have her suspicions about him beating the girl but did not say anything because they "loved each other too much and had a child together."
But later he changed his tune, saying she "didn't know anything, didn't have to do with anything."
Prosecutors said that while the mother's statements were inconsistent and there were new documents submitted by witnesses, there was still not enough legal ground to file criminal charges against her.