VIETNAM: FIVE MEN SENTENCED TO DEATH FOR SMUGGLING DRUGS FROM HCMC TO PHILIPPINES 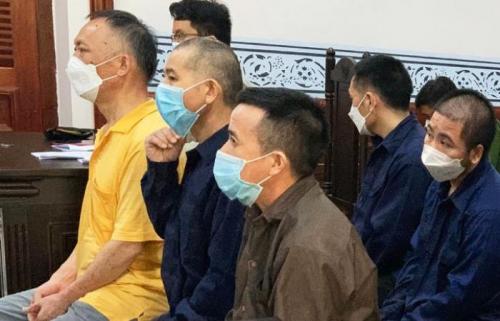 Five men were all sentenced to death on 27 July 2022 in HCMC (Vietnam) for transporting almost 300 kg of methamphetamine to the Philippines in 2019.
Two Chinese men - Wu He Shan, 59, and Huang Zai Wen, 55, - were found guilty of "illegal transport of narcotic substances".
Three Vietnamese, Thao No Pao, 48, Ly A Vu, 35, and Thao A Do, 40, of the northern Dien Bien Province, were also handed death sentences.
According to the jury, the five were "dangerous to society" and should be "eliminated."
They belong to a major drug ring operating in the region, and their arrest was possible due to cooperation between Vietnamese and Philippine police.
The case is not yet closed in Vietnam since the police are still searching for five others working for the gang.
Prosecutors said there was enough evidence to conclude that Wu, Huang and their Vietnamese accomplices had sought to smuggle drugs from HCMC to the Philippines.