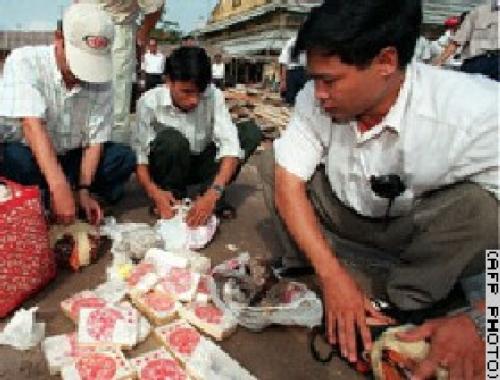 a Vietnamese court sentenced five people including a woman to death for trafficking drugs, a court official said. The five accused, Nguyen Hoang Viet, Nguyen Thi Tuyet, Giang A Chong, Song A Gia and Vang A Khua, were also ordered to pay fines ranging between VND5 million (US$314) and VND50 million. Three more people received life imprisonment while six others were given prison terms of between two and 20 years after a one-week trial in Hanoi, the official of the capital's people's court said.
They had been charged with trafficking 5.7 kilograms (12.5 pounds) of heroin between the northeastern province of Son La and Hanoi from early 2002 until their arrest in April 2004.