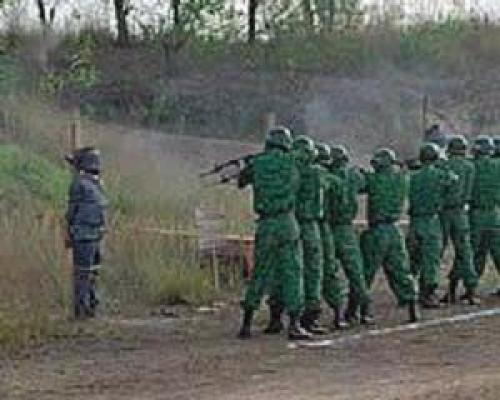 An execution in Vietnam

the Bac Giang People's Court, Vietnam, handed out death sentences to Than Nhan Lam, 37, Than Nhan Sang, 28, Do Van Hoa, 37, and Nguyen Quang Thang, 37, on charges of drug trafficking.
The police found they were members of a drug trafficking ring which trafficked more than 30 kg of heroin from the north-western region to the provinces of Bac Giang and Lang Son and even abroad for sales between late 2003 to January 4, 2004, when Lam and Sang were arrested. The court also sentenced Luu Van Luan, another member of the ring, to life imprisonment, and two others to 20 years' imprisonment. The accused also had to pay fines totaling 950 million VND.