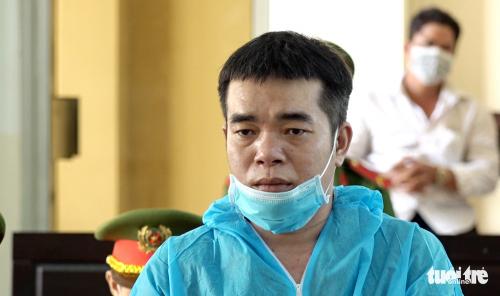 A man from An Giang Province in Vietnam’s Mekong Delta was sentenced to death for raping a 12-year-old girl before murdering her in order to cover up the crime.The provincial People’s Committee handed down the death penalty to Tran Phuoc Tan, 40, for murdering and raping an under 16-year-old person during the trial on June 8.
On November 3, 2021, Tan and his wife arrived in the latter’s hometown in Phu My Town, Phu Tan District, An Giang, the indictment showed.
Tan then joined N.H.D. in drinking alcohol at D.’s house.
After finding out that N.T.C.V. – D.’s 12-year-old daughter – needed a smartphone for her remote learning, Tan promised that he would buy her the device.
At 2:00 pm on November 6, the man returned to D.’s house and said he would take V. to a local shop to buy a smartphone.
However, Tan instead took the young girl to his rented house in An Hao Commune, Tinh Bien District, and raped her.
The following morning, Tan brought V. to his friend’s house in Tinh Bien District to drink alcohol.
Tan’s wife called him later that day and told him that V.’s family was looking for her.
He then took V. to Ket Mountain and strangled her to death in order to cover up the crime.
He was eventually arrested at the Chau Gian ferry wharf in Chau Doc City.
Police initiated legal proceedings against him on November 11.
Tan had previously been convicted of raping a child and had served an 11-year jail term for his offense.