VIETNAM: MEN SENTENCED TO DEATH FOR TRAFFICKING NEARLY 40KG OF DRUGS FROM CAMBODIA 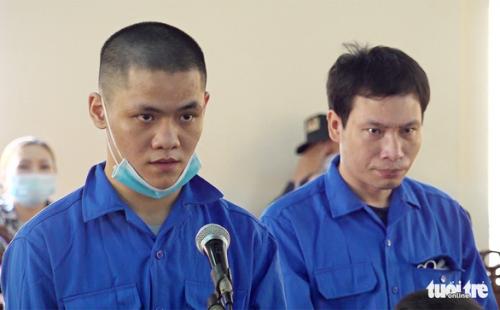 A court in southern An Giang Province sentenced two men to death on 1 April 2021 for trafficking almost 40kg of drugs from Cambodia to Vietnam in May last year.
According to the indictment, the task force of the guard station at the Long Binh border gate in An Giang noticed An Ngoc Ha, a 36-year-old man from northern Ha Nam Province, 21-year-old Nguyen Duc Tai hailing from northern Hai Phong City, and another person named Ngao boarding a motorized boat carrying suspicious black plastic bags from Cambodia to Vietnam at around 8:10 pm on 8 May 2020.
When the functional force tried to approach the trio, they quickly got on a coach to reach Tan Khanh Hamlet, where they were picked up by a seven-seater car rented by Ngao to An Phu District.
The three people left the black plastic bags behind and got off the car at Dong Ky Market in Quoc Thai Commune to run away.
The functional force managed to catch Ha and Tai, while Ngao managed to escape.
Ha and Tai later admitted that the six black plastic bags in the car contained 40 packs of narcotics, which they had been hired to transport from Cambodia to Ho Chi Minh City.
The 40 packs of narcotics were later confirmed to be methamphetamine and weigh 39.71kg in total.
Legal procedures were launched against Ha and Tai on 15 May 2020.