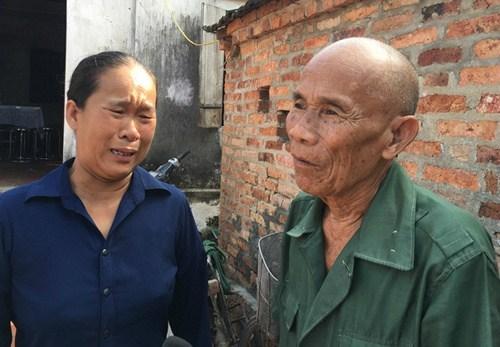 A 82-year-old Vietnamese man has been compensated with VND6.7 billion ($287,500) for being wrongfully convicted and sentenced to death.
Tran Van Them was charged, convicted and sentenced to death in 1973 and 1974. He was only declared innocent in 2017.
Them, a resident of Yen Phong District in Bac Ninh Province, one hour northeast of Hanoi, got the compensation for the 2,000 days, or six years, he spent in jail and more than 14,530 days since he was released on bail.
He and his family originally demanded VND15 billion in compensation for his ordeal, which included being sentenced to death twice. After prolonged negotiations, they agreed to accept less than half their demand, because “we have been waiting for too long” and Them “is already too old and his health has been declining progressively,” the family said.
According to police records, Them and his cousin Nguyen Khac Van were on their way to buy goods in Vinh Phu Province, which has now been separated into Phu Tho and Vinh Phuc provinces, on June 23, 1970.
As they were sleeping under a makeshift shelter used by a street barber during the day, they were attacked and robbed. Van was hit in the head and Them was injured, too. Van died at the hospital later and police concluded that Them had committed robbery and murder.
At the trial of first instance in 1973, he was sentenced to death, and the sentence was upheld in 1974. Them refused to admit guilt and steadfastly asserted he was innocent.
In 1976, he was released after a local man admitted to the crime. But that suspect died in 1984, before the court resumed the trial.
As the investigators did not continue investigating the case and left it unresolved, Them submitted a petition in 1997, asking the supreme court to review the case, but nothing was changed.
On 6 December 2004, Them filed another petition, but by then, the Justice Council Members of the Supreme People’s Court had destroyed all files of the first instance and appeal trials. This allowed police to start the investigation afresh in line with regulations.
11 long years later, investigators collected enough evidence to close the case and affirm Them’s innocence.
In 8 August 2016, investigators decided to stop investigating Them and the supreme court concluded that he was innocent. Three days later, the court made a public apology to Them. In 2017, the supreme court deleted all criminal records of Them and began negotiating the compensation.