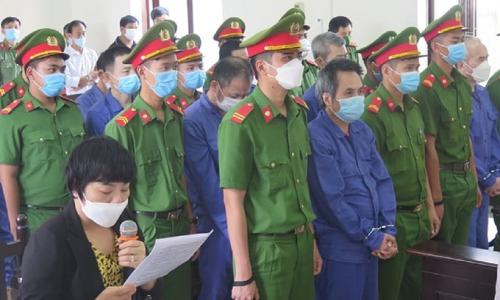 A court in the Central Highlands province of Kon Tum sentenced two Chinese men to death on 16 April 2022 for running an operation producing over 11kg of methamphetamine.
Cao Zi Li and Jian Huang, both 59, identified as the ringleaders, were found guilty of ‘illegal production of narcotic substances.’
Another Chinese accomplice identified as Yang Yuan De was sentenced to life imprisonment while five others, including a Vietnamese national got jail terms of between 34 months to 20 years.
According to the indictment, Cao was sentenced to life in China for illegally trafficking drugs in 2002. In October 2017, Li was granted amnesty and released from prison.
However, he contacted some Chinese compatriots to move to Vietnam to open a methamphetamine production factory.
Since March 2019, Li and a group of his compatriots rented two factories in Dak Ha District of Kon Tum and central Quy Nhon Town to produce meth under the guise of "insecticide production laboratory."
In August the same year, local police responded to tip-offs from locals and raided the factory in Dak Ha District. They seized over 11kg of meth as well as machinery used for producing meth.
Li and his accomplices were arrested shortly after.