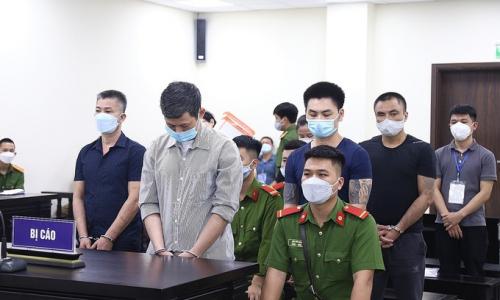 Two people in Hanoi were sentenced to death on 31 August 2022 after throwing drug-related parties and selling/storing narcotics inside a mental hospital.
Nguyen Xuan Quy, 39, received death for storing, facilitating using and selling narcotics. His accomplice Nguyen Van Ngoc also received death for facilitating using and selling drugs, as determined by Hanoi People’s Court.
Four others, Nguyen Cong Thuong, Nguyen Trung Nguyen, Le Hoang Hai and Bui Chi Hai, received jail sentences from 7.5 years to life sentences.
Prosecutors said Quy had previously been diagnosed with a mental disorder and it is now in a stable state. At the time when the crime was committed, Quy had enough control over his awareness and behaviors, and so he was trialled normally.
They said Quy and his accomplices had either stored, used or traded over 15 kilograms of drugs at the National Mental Hospital 1, prosecutors said.
At the end of 2020, Quy renovated his hospital room with loudspeakers, strobe lights and the likes to serve drug parties. He also invited several addicts at the hospital to buy and sell drugs with him.
Since March 2021, Quy instructed Ngoc, Thuong and Xuyen to deliver drugs, paying them VND1 million ($42.62) each time and allowing them to use drugs for free.
He also gave Do Thi Luu, former department head of the hospital, VND10 million to each month and threw multiple drug parties with other employee Nguyen Anh Vu, Nguyen Minh Hue and Bui Thi Hat.
Quy's accomplices were busted by police while they were selling drugs in Thuong Tin District on March 20, 2021. Quy's place was also busted the same day.