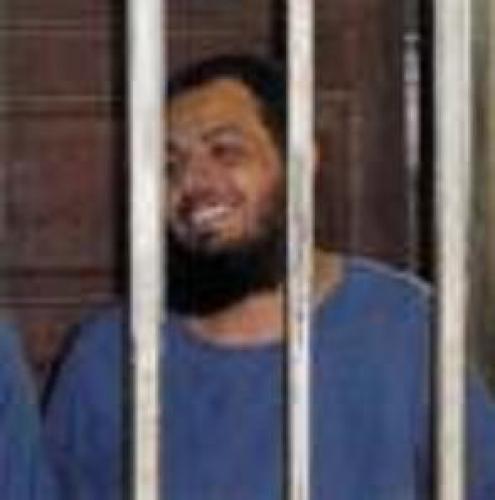 head of an extremist group in south Yemen who was convicted of murdering four tourists hardline Muslim cleric Ali Ahmed Jarallah was executed in Yemen by firing squad in the courtyard of the main Sanaa prison after being convicted of the murder of a top official in the opposition socialist party. Jarallah was executed in the presence of his family, judges and lawyers, judicial sources said, after President Ali Abdallah Saleh upheld the death penalty against him. Jarallah, an imam or prayer leader at a Sanaa mosque, was convicted of the 2002 murder of the deputy leader of the Yemeni Socialist Party, Jarallah Omar, and his sentence had been upheld by an appeals court on 23 April 2005.
Jarallah confessed in July 2003 that he had acted alone in shooting dead Omar at a party conference in Sanaa. He claimed the killing was part of a jihad or holy war against converts to Christianity and infidels.
Six other people were sentenced to prison terms of three to 10 years for belonging to a gang that the cleric allegedly created to murder socialists, Arab nationalists and converts to Christianity.
Jarallah was a former member of Yemen's Islamist Al-Islah Party who quit the movement shortly before the killing, complaining it had gone soft on Westerners and minority Islamic sects.
He was accused by the court of using his mosque to recruit youths for attacks and of "sowing sedition" in Yemen, one of the poorest countries in the world. The death sentence against him was carried out four years after the execution in 2001 of Abul Hassan al-Mezar, the in 1998.