government:
state of civil and political rights:
constitution:
legal system:
legislative system:
judicial system:
religion:
death row: 412 (as of April 1, 2013, source: DPIC)
year of last executions: 0-0-0
death sentences: 0
executions: 0
international treaties on human rights and the death penalty:
situation:
The method of execution is injection. The prisoner can eventually choose electrocution . The sentence is determined by a jury. The judge may override the jury decision. The death row is located at Starke (Women: Pembroke Pines). As for the clemency process, the Governor has the authority to grant clemency on the advice of the Board of Executive Clemency.
On December 15, 2006, Florida Governor Jeb Bush called a temporary halt to all executions while a panel reviews how lethal injections are administered following the lingering death of inmate Angel Nieves Diaz on December 13. Diaz, 55, took 34 minutes to die and had to be administered two lethal doses when the needle missed his vein piercing tissue instead, according to a preliminary autopsy.
The executive order suspending all executions, however, does not mandate the reviewing panel to propose alternatives methods of capital punishment. It only asks that they examine whether lethal injections are properly administered. 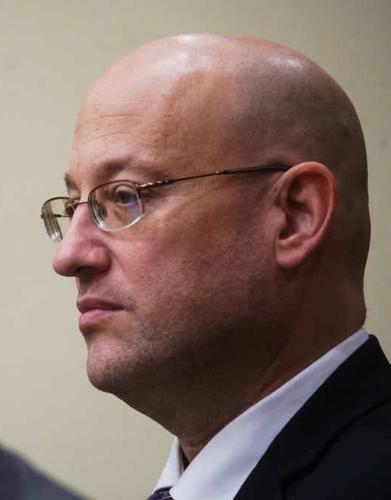 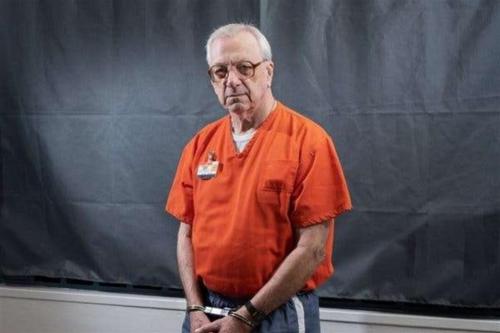 Death sentence reinstated for man Thomas Ford McCoy. McCoy, 52, White, was previously convicted and sentenced to death in 2009 after he had pleded guilty to 1st-degree murder in the death of Curtis Brown. The jury in that sentencing recommended death by a vote of 11 to 1. Back in 2016, The Florida Supreme Court deemed it unconstitutional for a person to be sentenced to death if the jury was not unanimous. However, the court has since reversed that decision. That decision led Judge Kelvin Wells to reverse his previous decision on the death penalty. During a status conference on Thursday, Judge Kelvin Wells reviewed the recent Poole decision by the Florida Supreme Court (see 23/01/2020). He concluded that the defendant’s conviction by a jury in Tampa for aggravated assault on a law enforcement officers satisfied the Poole requirement of a unanimous finding of an aggravator. Based on that, Judge Wells reinstated McCoy’s death sentenced and that he would enter a written order to that effect. Because of the court’s ruling, it’s not necessary to have an additional hearing before a jury. Brown was a service technician employed by Coca-Cola and was lured by the defendant to Northwest Florida State College's DeFuniak Spring's campus for a service call. McCoy shot Brown 6 times. The evidence showed that McCoy had been previously employed by Coca-Cola and developed animosity towards his coworkers, including Ray Jackson. McCoy made service calls to try to lure Jackson to the college, however, Brown responded instead of Jackson. McCoy, according to the record, while disappointed that Jackson didn’t respond, said he, “reprogrammed” and made a decision he hated Brown, and decided to kill him.

Florida Supreme Court Retracts Jury Unanimity Requirement, Reinstates Non-Unanimous Death Sentence. In a dramatic reversal made possible by changes in court personnel, the Florida Supreme Court has repudiated its prior decisions requiring that capital sentencing juries unanimously agree to the death penalty before a trial judge may sentence a defendant to death. “Our court … got it wrong,” the justices said, when it ruled in 2016 that death sentences imposed after non-unanimous jury recommendations for death violated the state and federal constitutions. The court’s January 23, 2020 decision in State v. Poole reinstated a death sentence imposed on Mark Anthony Poole in 2011 after a non-unanimous jury had voted 11-1 to recommend the death penalty. Applying the court’s 2016 ruling in Hurst v. State, a Polk County trial court had overturned his death sentence and ordered a new sentencing hearing. In its unsigned opinion, the court majority said that the Hurst decision had misunderstood the U.S. Supreme Court’s case decisions that had granted capital defendants the right to have a jury decide all facts necessary to impose a death sentence. The Poole court distinguished between aggravating circumstances — facts that make a defendant “eligible” to be sentenced to death — which must be found by the jury, and the “selection” of the ultimate sentence after the weighing of aggravating and mitigating circumstances. The latter, the court said, involved judgments of mercy that could not be considered a factual determination and did not require a unanimous jury vote. Poole’s appeal lawyer, Julius Chen, called the court’s retroactive application of the change in the law “nothing short of astonishing” and said the defense was “carefully exploring avenues for further review” of the case. The ruling could reinstate the death sentences of dozens of Florida prisoners who, under the prior court decisions, were entitled to new sentencing hearings. Most of the resentencings that have already taken place have resulted in life sentences. Justice Jorge Labarga issued a strong dissent, writing that the court “has taken a giant step backward and removed a significant safeguard for the just application of the death penalty in Florida.” “The majority,” he said, “returns Florida to its status as an absolute outlier among the jurisdictions in this country that utilize the death penalty. The majority gives the green light to return to a practice that is not only inconsistent with laws of all but one of the 29 states that retain the death penalty, but inconsistent with the law governing the federal death penalty.” The court’s composition changed drastically in 2019 when three liberal and moderate justices reached mandatory retirement age and were replaced with conservative jurists. While the ruling in Poole does not directly affect the state’s current death sentencing statute, which was amended in 2017 to require jury unanimity, the opinion signaled the legislature that the new conservative majority would uphold legislative changes returning to the prior practice of permitting judges to override life recommendations or impose death in cases of non-unanimous jury votes.

Barry Davis, Jr. was sentenced to life without parole in his resentencing trial after a Walton County jury could not reach a unanimous sentencing recommendation. The jury vote in his case was not reported. Davis had been convicted of a double-murder during a 2012 home robbery. The court had sentenced Davis to death in his first trial after the jury had split 9-3 and 10-2 on its sentencing recommendations for the two murder counts.

A Flagler County jury for the third time returned a non-unanimous sentencing recommendation in the case of David Snelgrove, who was convicted in May 2002 of the double murder of an elderly couple. The judge in his first trial imposed the death penalty after the jury split 7-5 on its sentencing recommendation. That death sentence was overturned because of irregularities in the jury’s recommendation, and a second jury split 8-4 on whether Snelgrove should receive the death penalty. That sentence was overturned after the U.S. and Florida Supreme Courts ruled Florida’s death-sentencing statute unconstitutional. The Florida legislature subsequently amended the statute to require jury unanimity before a judge may impose the death penalty. The jury vote in the third trial was reportedly 9-3 for death, and the trial judge imposed a statutorily-mandated sentence of life without parole.

Inmate claims man on death row is innocent of 1985 murder. Dailey was convicted for the murder of 14-year-old Shelly Boggio out of Pinellas County, Florida, but another man says he is the killer. For 32 years, James Dailey has been on Florida’s death row for a crime he says he did not commit. The 73-year-old Vietnam veteran remains in the "death house" in Starke. He was granted a delay in his execution date when his newly appointed attorneys presented new evidence in October, but that delay expired on December 30th. Dailey’s life is in the hands of Florida Governor Ron DeSantis, who must decide whether to grant Dailey a Clemency Hearing so the newly released 100 pages of evidence can be reviewed, or to uphold his death sentence and assign an execution date. Dailey was convicted for the murder of 14-year-old Shelly Boggio out of Pinellas County, Florida, but another man says he is the killer. According to court records, one of Dailey’s Attorneys visited Florida inmate Jack Pearcy at the Sumter Correctional Institution in December, just days before Dailey's execution delay expired. Pearcy is the co-defendant in the case. He was also found guilty of Shelly Boggio’s murder, but he was given life in prison instead of death. Over the years, he has admitted to being the sole killer. And he did so again just before Christmas. On Dec. 18, 2019, Pearcy he "voluntarily" signed another declaration claiming that he alone killed the young girl and that Dailey was not involved. He elaborates in a statement: "James Dailey had nothing to do with the murder of Shelly Boggio. I committed the crime alone. James Dailey was back at the house When I drove Shelly Boggio to the place Where I ultimately killed her." Organizations like the Innocence Project, Floridians for Alternatives to the Death Penalty (or FADP) and Catholic Dioceses across the state have come out in support of Dailey. Josh Dubin, an attorney for Dailey told the FADP, “We are pleading with Gov. DeSantis to give James Dailey a clemency hearing and are hopeful that he will indeed give us that forum so that all of the facts surrounding the unreliability of Mr. Dailey’s conviction will be brought to light." Dale Recinella, a former attorney turned death row chaplain, has been meeting with Dailey on death row for 21 years and is advocating for his innocence. "I believe he’s innocent based on everything I’ve been able to experience and to read," Recinella said. "How are we going to be at peace if we have killed an innocent man?" Dailey’s supporters have requested the public send letters to the Governor to plead for a clemency hearing, and they say many have heeded that call. Meanwhile, Andrea Boggio says the new developments have only caused her family more pain. “There is already so much loss," she said. "We are absolutely disgusted that this is still going on and we are just ashamed of the State of Florida. It's ridiculous.”